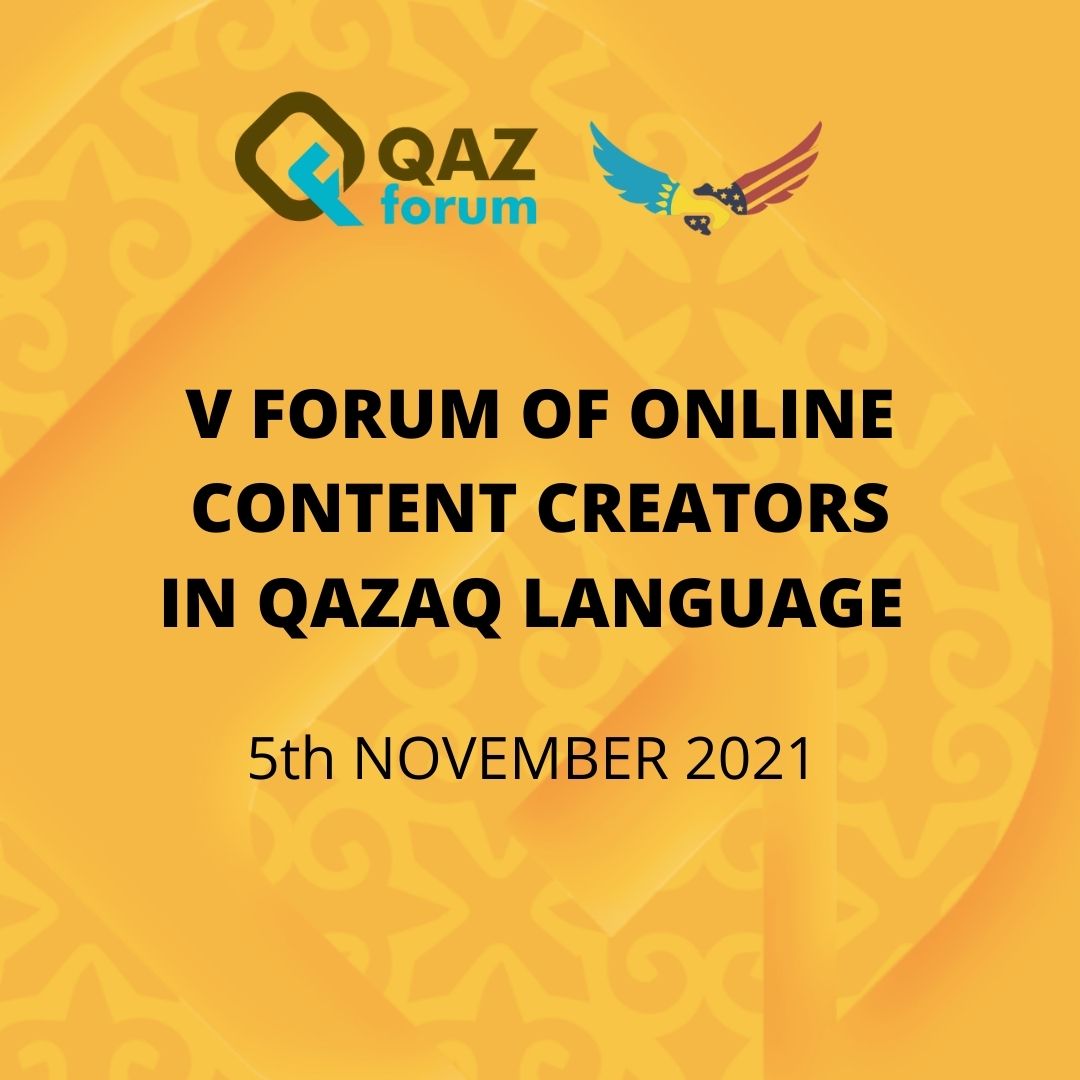 On 5 November 2021, Yerbolat Khassanov and Kuralay Baimenova participated in the Fifth Forum of Online Content Creators in Kazakh Language held in Sheraton Hotel, Nur-Sultan.
The event was initiated by the Embassy of the United States to Kazakhstan and took place in honor of the 30th anniversary of the establishment of diplomatic relations between Kazakhstan and the United States.

Within the framework of this event, “Astana Hub” organized a competition called “Kazakh start-ups battle” where Kazakh language start-ups were competing for prize money by giving a 3-minute pitch.

As the premier AI research institute of the region, ISSAI team was invited as guest speakers to make a presentation of their AI for Kazakh Language projects. ISSAI team members Dr. Yerbolat Khassanov and Kuralay Baimenova presented Kazakh Speech Corpus and Kazakh Text-to-Speech projects and made demos. The presentation was attended by the Minister of Digitalization and Airspace Development Ministry Bagdat Mussin, blogger Alisher Yelikbayev, and other prominent public figures.

“Today our Kazakh channels are in the TOP 10 in the ranking of foreign and domestic channels in the media market of Kazakhstan. This suggests that the competitiveness of our domestic TV production is growing from year to year” – said the Ministry of Information and Societal Development Aida Balayeva, who gave a speech at the Forum.

It should be noted that Qazforum is being held this year for the fifth time. Experts, journalists, editors and bloggers traditionally take part in it. This time, more than 400 participants registered to talk about trends in Kazakh-language media.