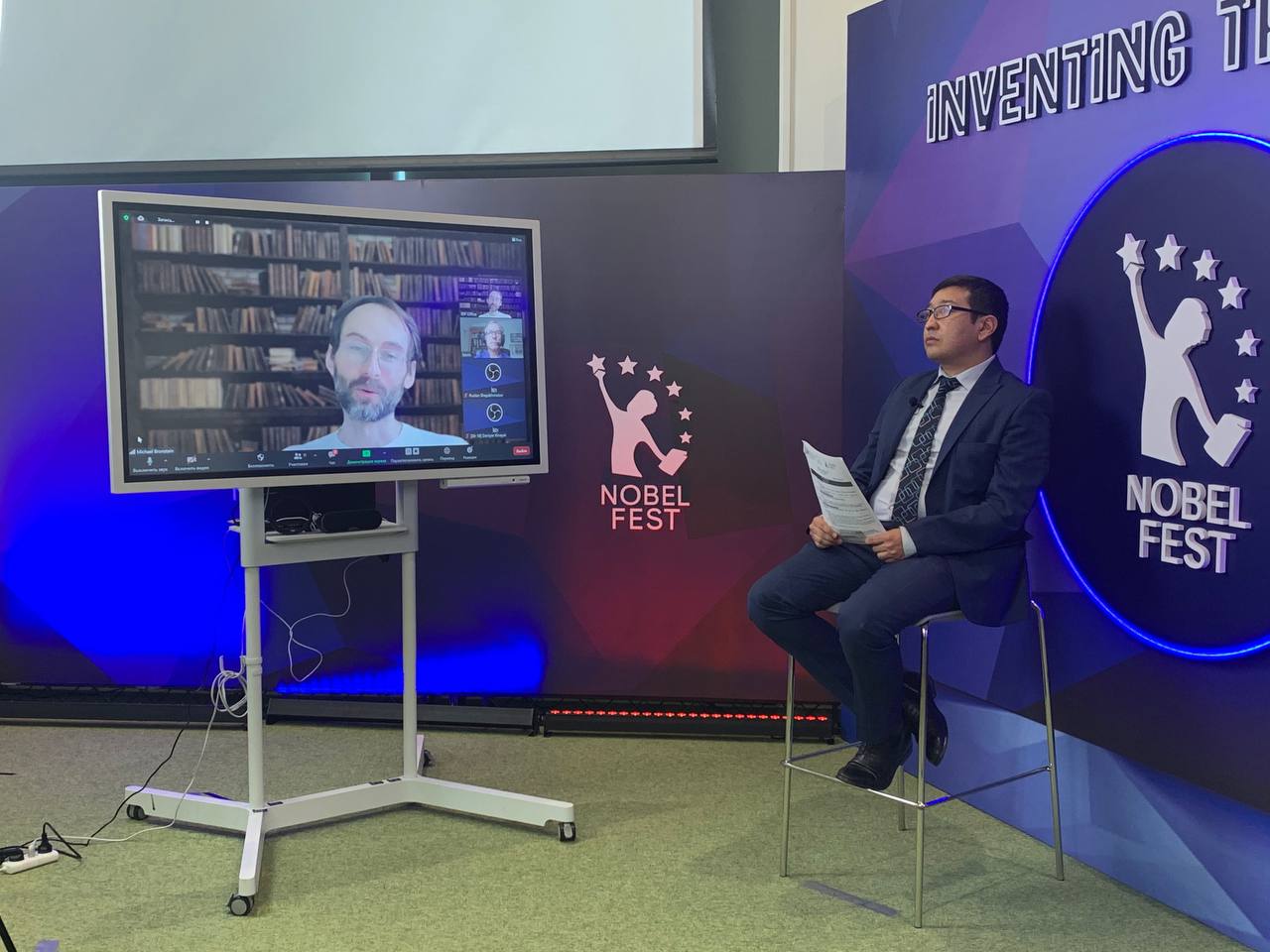 On 7th April ISSAI technical project coordinator Yerbol Absalyamov participated in the Central Asia Nobel Fest 2021 conference as a moderator of the The Birth of Industry 5.0: Artificial Intelligence and Humans session.

Speakers of the session were:
● Kevin WARWICK, British engineer and Deputy Vice-Chancellor (Research)
at Coventry University in the United Kingdom. Visiting Professor of
Cybernetics at the University of Reading
● Michael BRONSTEIN, Head of Graph Machine Learning at Twitter, Chair in Machine Learning and Pattern Recognition, Imperial College London

During the session speakers were asked about and spoke about the inherent risks associated with moving from Industry 4.0 to Industry 5.0; societal impacts of extreme automation, turbocharged by the Internet of Things (IoT), artificial intelligence and the Industry 4.0; using technology to convert
bioresources into value-added products such as food, feed, bio-based products, and bioenergy; the impact of AI on the medical industry: medical devices, biochemistry and drug design.

Professor Warwick stressed the importance of integrating AI with the human intelligence so that in future AI systems can be used to integrate robot and human intelligence. At the same time he mentioned that AI systems needs to be controlled by humans. In addition, he mentioned that medical industry can be one of the first areas where AI can be used to benefit people when used in synergistic way to assist people. For example, if using the bioenergy systems will provide more opportunities, not only producing the energy but also transmitting it. Systems will be able to predict if in future a certain person will have health problems, and what kind of problems. Additionally, professor expresses optimistic predictions on the use of implants on humans’ brains which can change dramatically they way people communicate. And this in future can be possibly applied to healthcare, people with special needs, law enforcement industries.

Professor Bronstein emphasized the importance of Governments making sure that social implications of the development of AI are less painful. He also expressed optimistic views that healthcare and medical applications will have the biggest positive impact by AI. For example, in some countries in Africa, that were historically behind, AI can be used as a modern technology tool to rectify the historical injustices. Furthermore, professor stressed the importance of moving from the current traditional healthcare system to the machine learning one where, for example, systems could collect biological signals from humans 24/7 to use for medical data needs. Also, professor said that due to the development of AI the costs of developing new drugs will be shortened, as well as drug repositioning will be more often when existing drugs will be used for other purposes.

However both professors expressed concerns about the costs of system mistakes. Who will be responsible for the mistakes that may happen when AI is applied broader in healthcare?