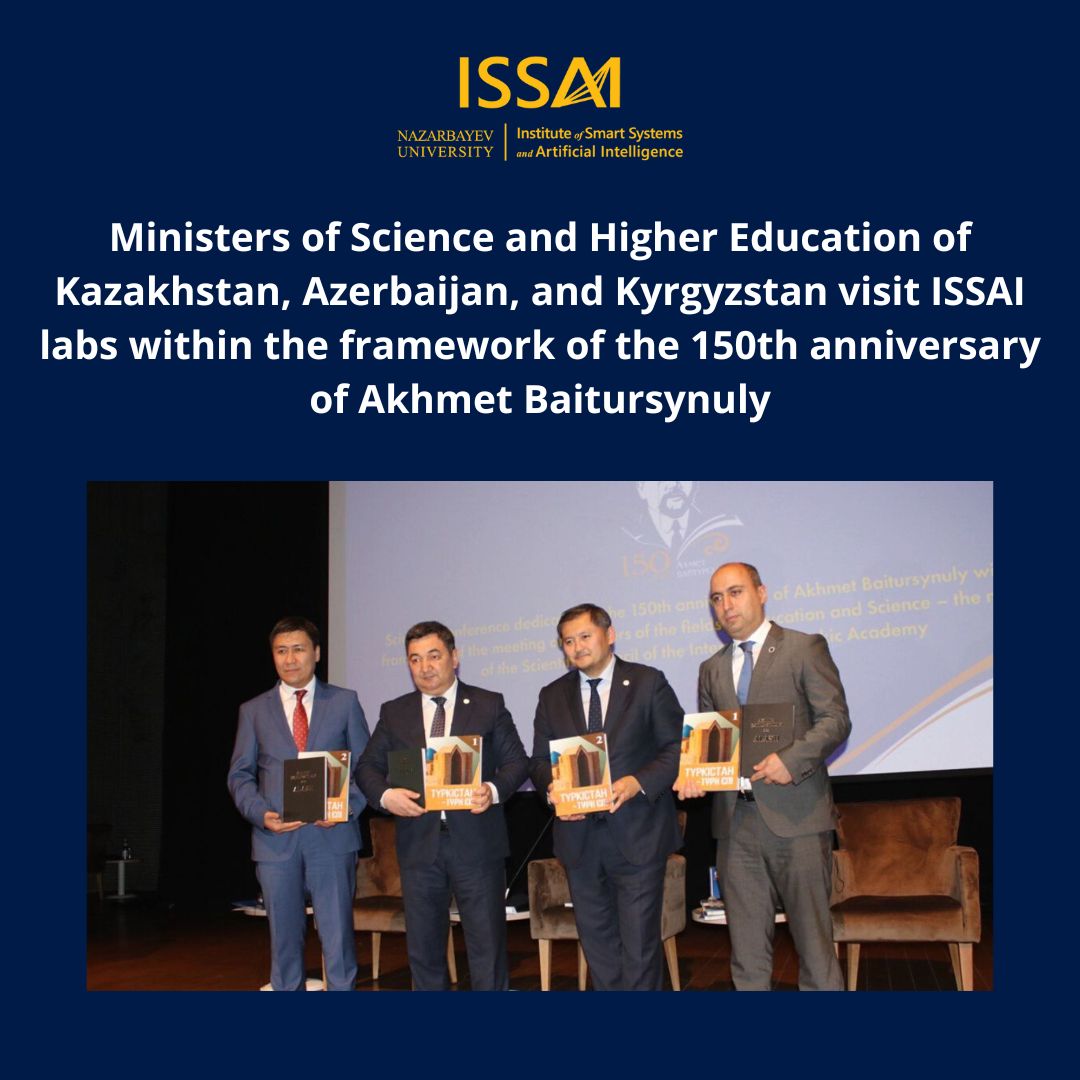 Ministers of Science and Higher Education of Kazakhstan, Azerbaijan, and Kyrgyzstan visit ISSAI labs within the framework of the 150th anniversary of Akhmet Baitursynuly

On 24 June, Nazarbayev University hosted a conference in honor of Akhmet Baitursynuly’s 150th anniversary, which was attended by the ministers of science and higher education of Kazakhstan, Azerbaijan, and Kyrgyzstan.

Akhmet Baitursynuly was a renowned Kazakh intellectual, educator, poet, and Turkologist whose works played a significant role in the Turkic scientific community. One of Akhmet Baitursynuly’s remarkable accomplishments is the development and reform of the Kazakh alphabet in the early 20th century. He is also known for reforming the education system, founding the first university in Kazakhstan, being one of the leaders of the “Alash” movement, and laying the foundations of Kazakh linguistics.

“The origins of linguistics, literary studies, and teaching methods lie in the works of Ahmet Baitursynuly. His scientific concepts are still widely used in the teaching process and scientific direction. And today, in the formation of the new alphabet, in terminology formation and language teaching, we cannot but turn to his works”, said Minister of Science and Higher Education of Kazakhstan Sayasat Nurbek during his speech.

As part of the conference, the ministers of science and higher education of Kazakhstan, Azerbaijan, and Kyrgyzstan visited ISSAI labs. There, they were given a presentation on ISSAI’s AI projects on natural speech processing, such as the Kazakh Speech Corpus, the Kazakh text-to-speech technology, the Uzbek Speech Corpus, and the Turkish Speech Corpus.

In his speech, Minister of Science and Higher Education of Kazakhstan Sayasat Nurbek praised ISSAI for its work and pointed out the importance of projects related to the development of the Kazakh language in the digital sphere.