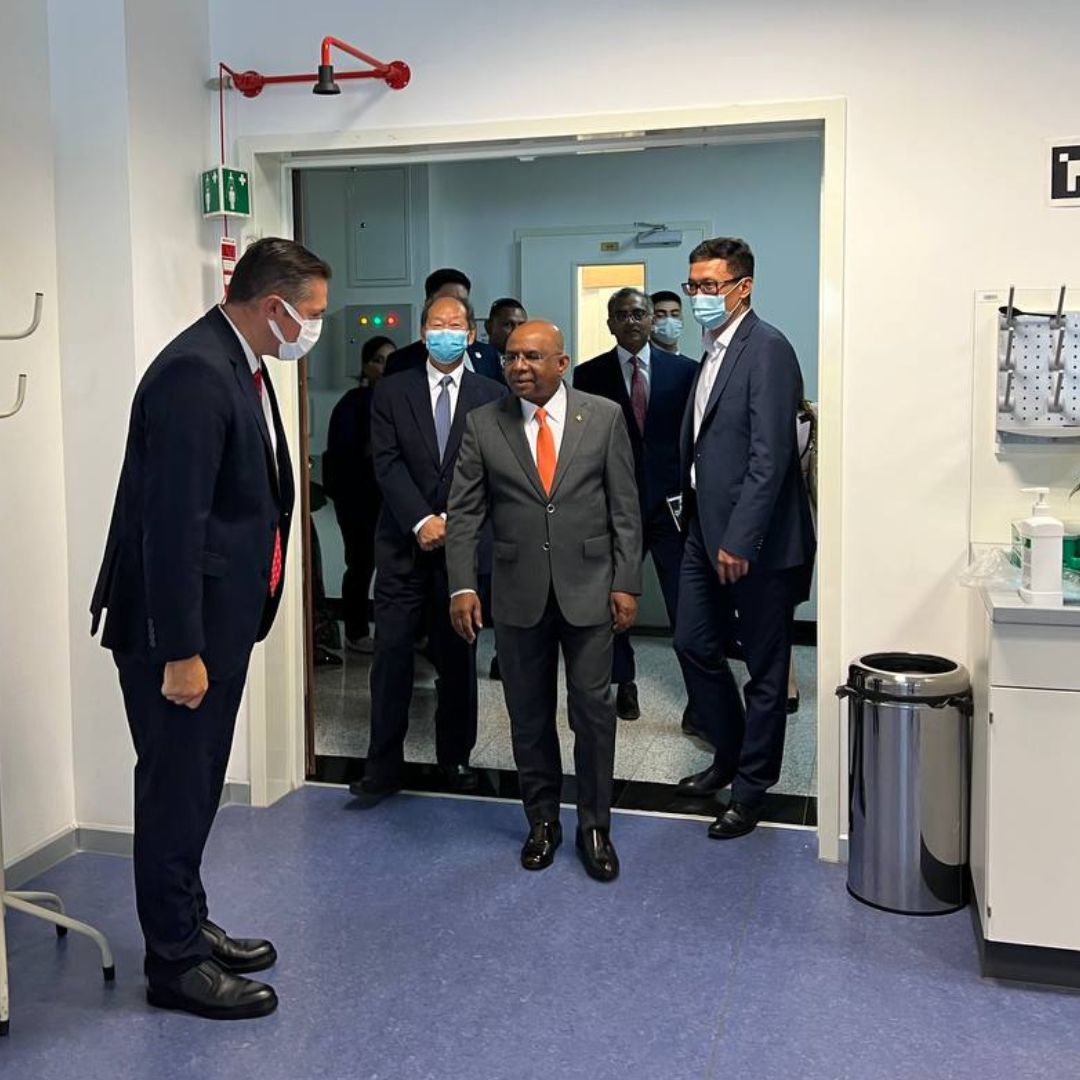 On 12 August 2022, the President of the 76th Session of the United Nations General Assembly, Abdulla Shahid, visited the Institute of Smart Systems and Artificial Intelligence (ISSAI) lab as part of his official visit to Nazarbayev University (NU).

NU President Shigeo Katsu welcomed the distinguished guest to campus, showed him the University’s master plan, and gave him a brief tour of the campus, including a visit to the ISSAI lab.

In addition, researchers Daniil Filimonov and Gourav Devappa Moger spoke about their scientific projects. Daniil explained  how tensegrity structures can change the perception of mobile robots, as they can withstand heavy loads and strong collisions with their low weight. One of the most impressive examples of the use of such robots is in search and rescue operations.

Abdulla Shahid is widely known as an exceptional politician and experienced diplomat. He has long served in the government and legislative structures of the Republic of Maldives. In 2021, he was elected President of the 76th session of UN GA.