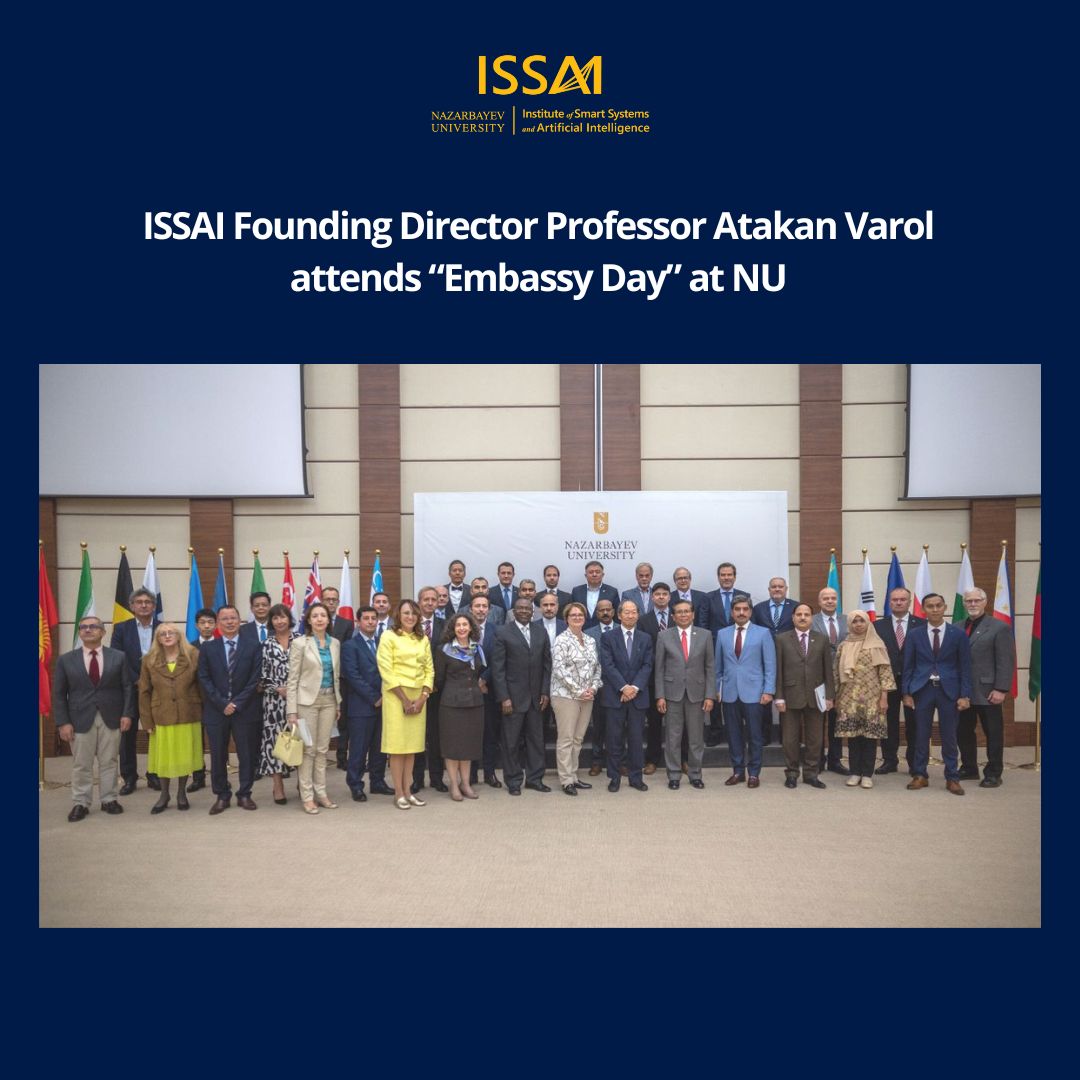 More than 60 representatives of foreign diplomatic missions were invited to the event, which aims to promote intercultural communication and mutual respect and strengthen cooperation between Nazarbayev University and other countries.

The evening opened with music from the student orchestra. In his welcoming speech, the President of NU, Mr. Shigeo Katsu, spoke about the University’s recent achievements and its plans for the future.

Afterwards, Ilesanmi Adesida, NU Provost, introduced the academic and scientific research as well as the students’ achievements to the guests. Professor Atakan Varol gave a presentation on ISSAI and its projects, explaining its mission and goals. The diplomats also learned about some topics related to medical education, academic integrity, quality of education, and university innovation, including the field of artificial intelligence.

During the meeting, the guests were also informed about two student projects. These are the universal electrical device BULAN, which helps people with disabilities to move quickly, and Formula SAE—a car for an international competition.

Over the past two or three years, the diplomatic corps has undergone significant changes, so the “Embassy Day” was an excellent opportunity to reconnect and meet with representatives of the new diplomatic missions and talk about the latest achievements and activities of the University.