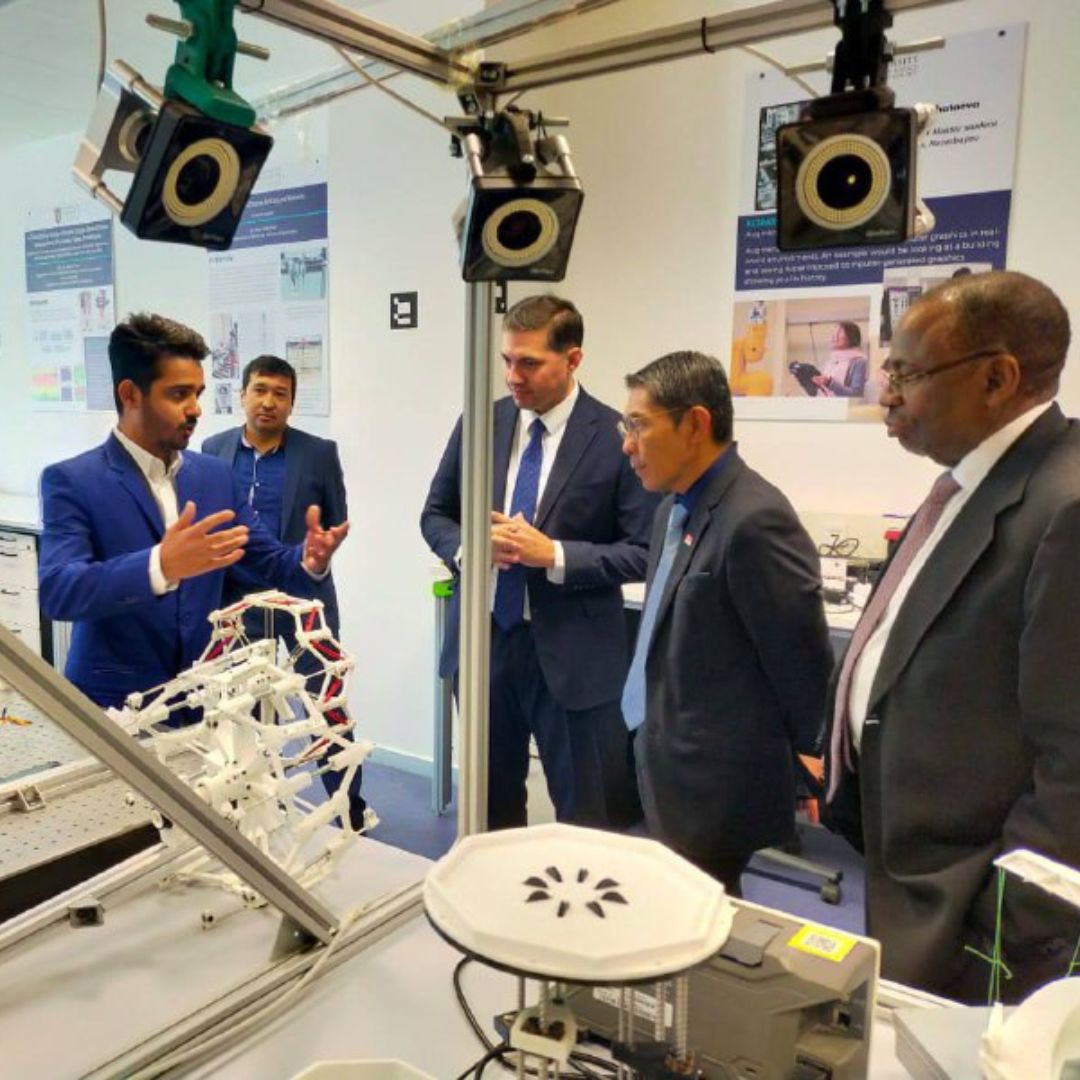 The Minister in the Prime Minister’s Office of the Republic of Singapore, Second Minister for Education and Second Minister for Foreign Affairs Dr Mohamad Maliki Osman visited ISSAI on 11 October 2022. The visit was part of a working visit to participate in the Sixth Summit of the Conference on Interaction and Confidence Building Measures in Asia (CICA), which will be held in Astana from 10 to 14 October 2022.

During the visit to ISSAI, Minister Maliki was accompanied by officials from the Ministry of Foreign Affairs of the Republic of Singapore and NU Provost Ilesanmi Adesida. ISSAI Founding Director Professor Huseyin Atakan Varol acquainted the guests with ISSAI’s major projects. In addition, ISSAI members demonstrated their flagship projects, such as the hybrid mobile robot based on a tensegrity structure and the tensegrity robot—a novel paradigm for robot design.

The distinguished guests were impressed by the ISSAI projects and especially praised the KazakhTTS2 project for its high accuracy.

Singapore is participating as a guest of the current CICA chair. CICA, founded by Kazakhstan in 1992, is a forum for promoting cooperation to strengthen peace, security, and stability in Asia.