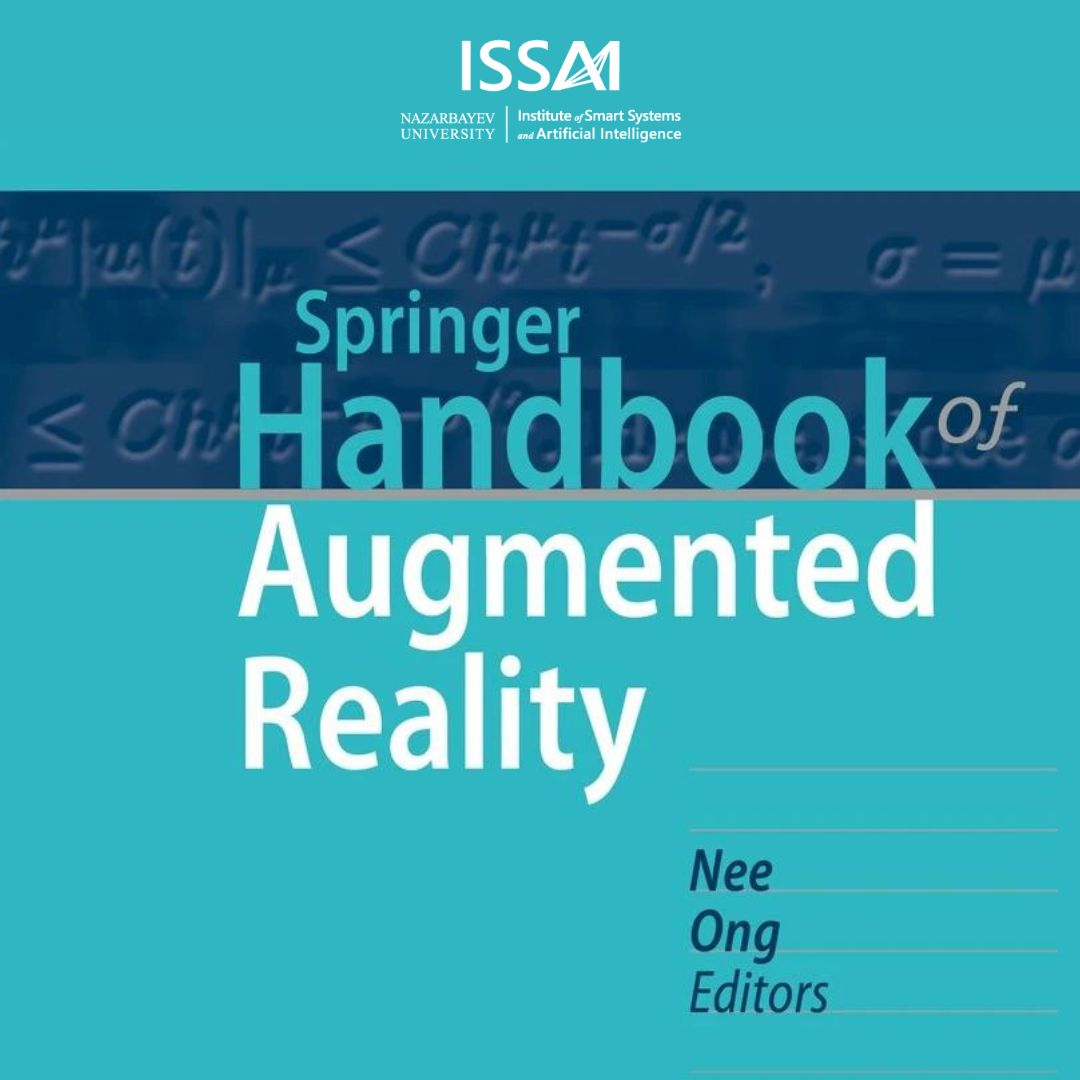 The ISSAI research chapter “Augmented Reality for Cognitive Impairments” by Zhanat Makhataeva, Tolegen Akhmetov, and Huseyin Atakan Varol  has been published as a chapter in the Springer Handbook of Augmented Reality, Applications in Health Science.

Below is the abstract of the chapter:

Augmented reality (AR) is a rapidly developing technology that has introduced new approaches for the design of human technology interaction in various fields. However, application of AR in the area of assistive systems for cognitively impaired people is not deeply studied yet. In this chapter, we investigate the state of the art of AR in assistive systems for the cognitively impaired. Specifically, we will investigate the role of AR during the design, implementation, and performance assessment of perception and memory augmentation assistive systems. We start with a summary of various technologies utilized for the development of AR systems, including sensor and camera technology, data visualization methods, computing paradigms, and intelligent data processing algorithms. Then, we discuss the fundamental mechanisms behind human memory system and look at the examples of the first technology-based human memory and intelligence augmentation systems. We overview various methods for estimation of the human cognitive state and mental workload utilized during the evaluations of such assistive systems in human involved experimental studies. Our main objective in this work is to find out the current status, challenges, and future perspectives of AR in the research of human memory and perception augmentation systems for the people with cognitive impairments.

The link to the chapter is available here.

Springer Handbooks maintain the highest standards of references in key areas of the physical and applied sciences for practitioners in industry and academia, as well as graduate students. All chapters are written by international experts in their field and edited by Springer editors. Springer Handbooks provide a concise collection of approved key information on methods of research, general principles, and functional relationships in selected fields of science and technology.