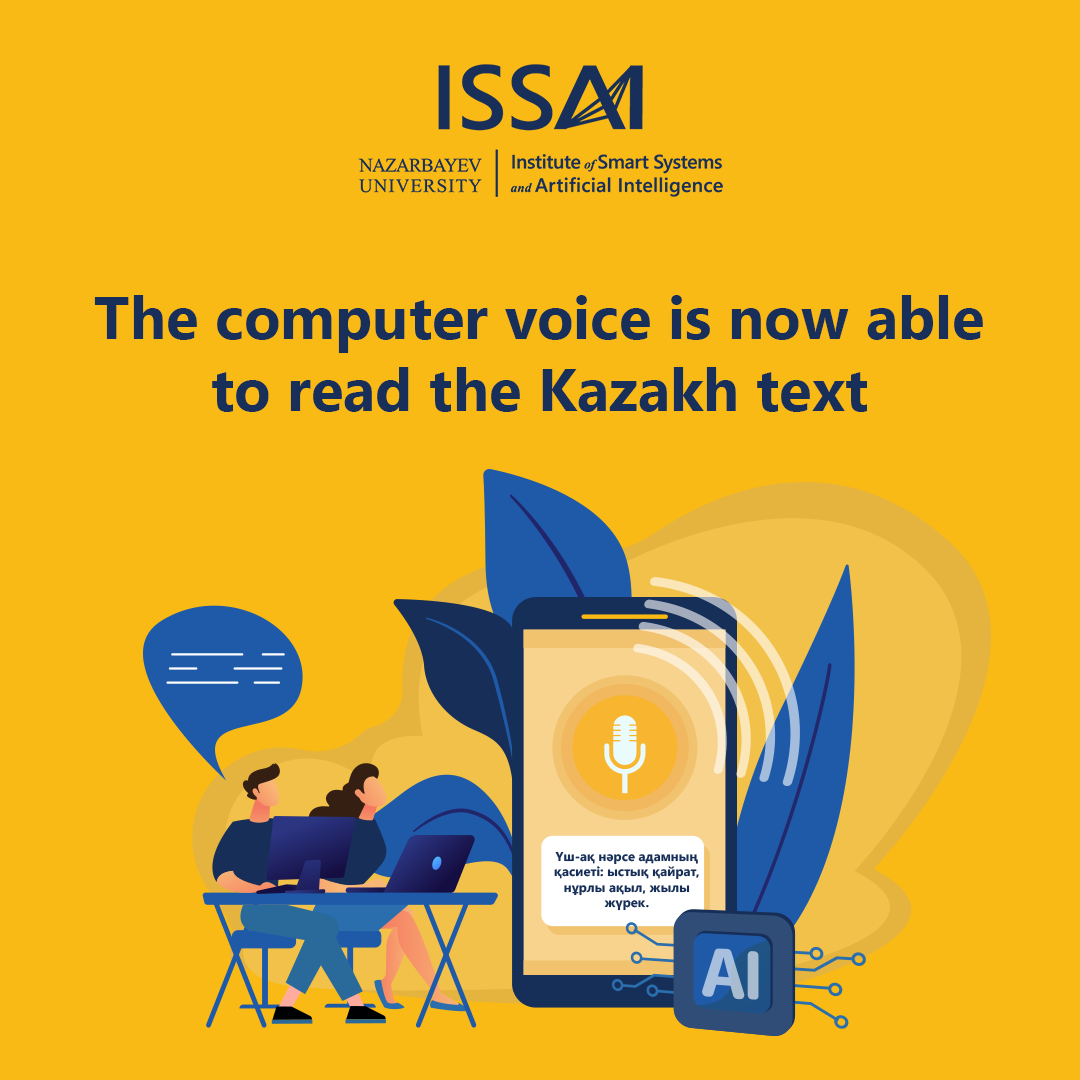 Computer voice is now able to read the Kazakh text. This was made possible thanks to the project developed by our ISSAI scientists. They have developed a Kazakh language speech synthesis project, or in other words the Kazakh text-to-speech conversion. Text-to-speech conversion is the artificial production of human speech which allows a computer to read any text in a voice that is as close to natural as possible.

“In Kazakhstan this technology can be used for people with special needs, virtual assistants, and the public services where text-to-speech conversion is necessary. This technology is an essential component in many applications such as interactive smart assistant systems, navigation systems, announcement systems where computer voice-over of the Kazakh text is required The technology can also be useful for visually impaired people, it will allow to establish human-robot interaction by converting Kazakh text into audio”, – says ISSAI postdoctoral scholar Yerbolat Khasanov, – “One of the main goals of our project was to develop the use of the Kazakh language in the digital sphere. Before, we did not meet such ready-made Kazakh speech synthesis projects”.

Scientists have created two versions of the computer voice – male and female which they named Iseke and Raya.

Demo version of the kazakh text-to-speech technology can be tested via the link: https://issai.nu.edu.kz/tts. Via the link scientists also share the github repository containing pre-trained models and code so that any organizations or individuals can develop their own projects based on our model of the Kazakh speech synthesis technology.