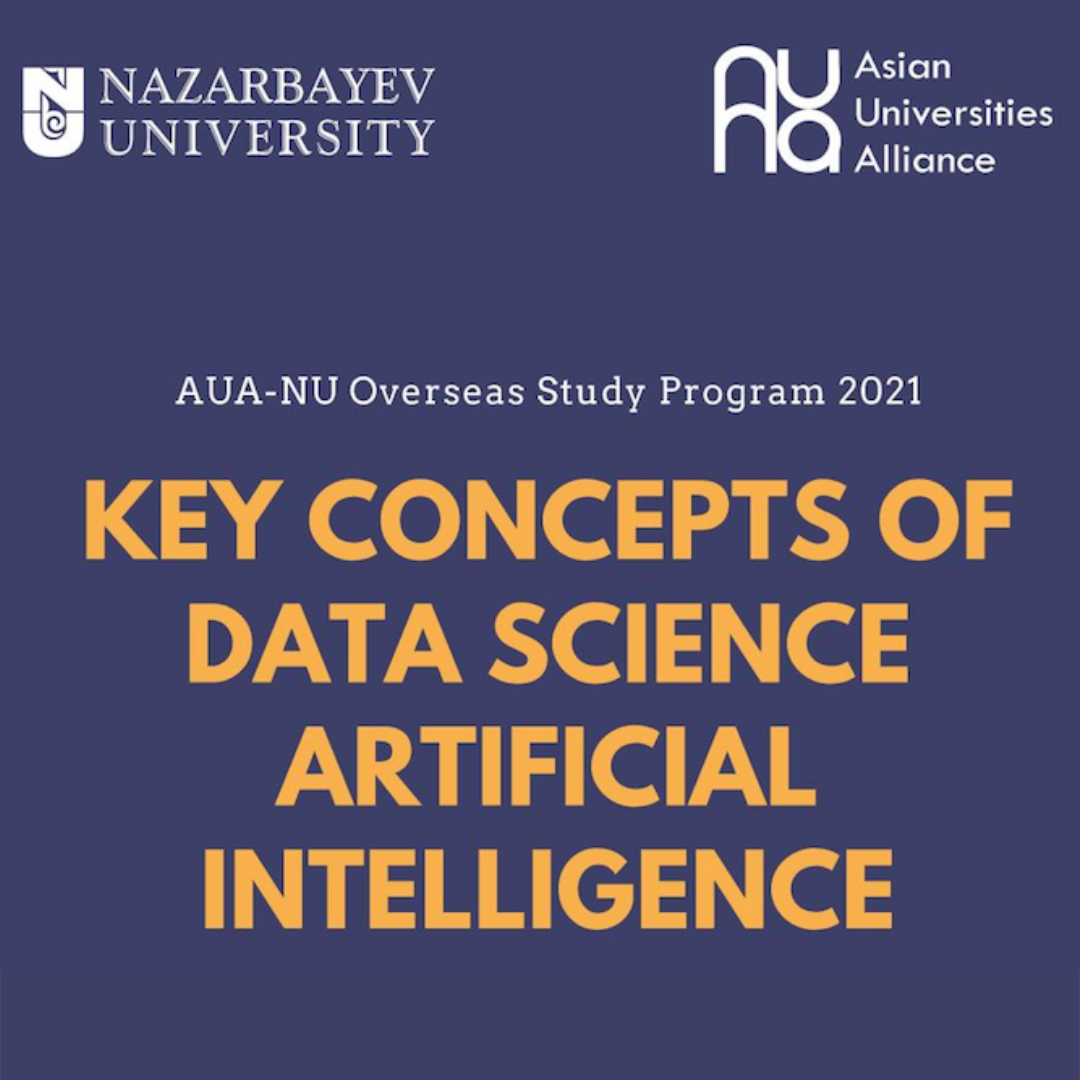 Institute of Smart Systems and Artificial Intelligence team delivered a series of lectures to the students of the Asian Universities Alliance (AUA) on 24th and 25th of June 2021. The lecture series were part of the AUA-NU Overseas Study Program 2021 that were aimed to provide participants with the key concepts of data science and artificial intelligence organized by a mutual initiative of AUA and Nazarbayev University (NU).

Participants were the distinguished students from AUA member universities. The program was targeted towards UG students studying Computer Science, Computer Engineering and Data Science. Students were required to have a strong grasp of calculus, probability, linear algebra, and programming in Python.

On June 24, ISSAI Founding Director Prof. Atakan Varol, opened the event with a lecture about ISSAI research. After that, ISSAI data scientist Mukhamet Nurpeiisov gave a lecture on Indoor Localization based on WiFi signals. He talked about the aims of the localization tasks and explained how the project data was collected. Next, data scientist Madina Abdrakhmanova gave related tasks for the students to complete and announced the ISSAI Indoor Localization competition. Top three students with the best results were awarded with the certificates of achievement signed by Prof. Varol. These students were:

On the next day, ISSAI data scientist Aknur Karabay delivered a lecture on Particle-based COVID-19 Epidemic Simulator. Aknur explained the architecture of the simulator and demonstrated how it works. Later, she gave several related tasks to participants, and supervised them along the way. Examples of tasks included to write a function of Class Particles that visualizes the epidemic curves for each state, write a function of Class Particles that updates the epidemic status of particles, etc.

The closing ceremony was honored by the NU Provost Ilesanmi Adesida. Provost Adesida emphasized the importance of the AI and data science and announced the winners of the competition.