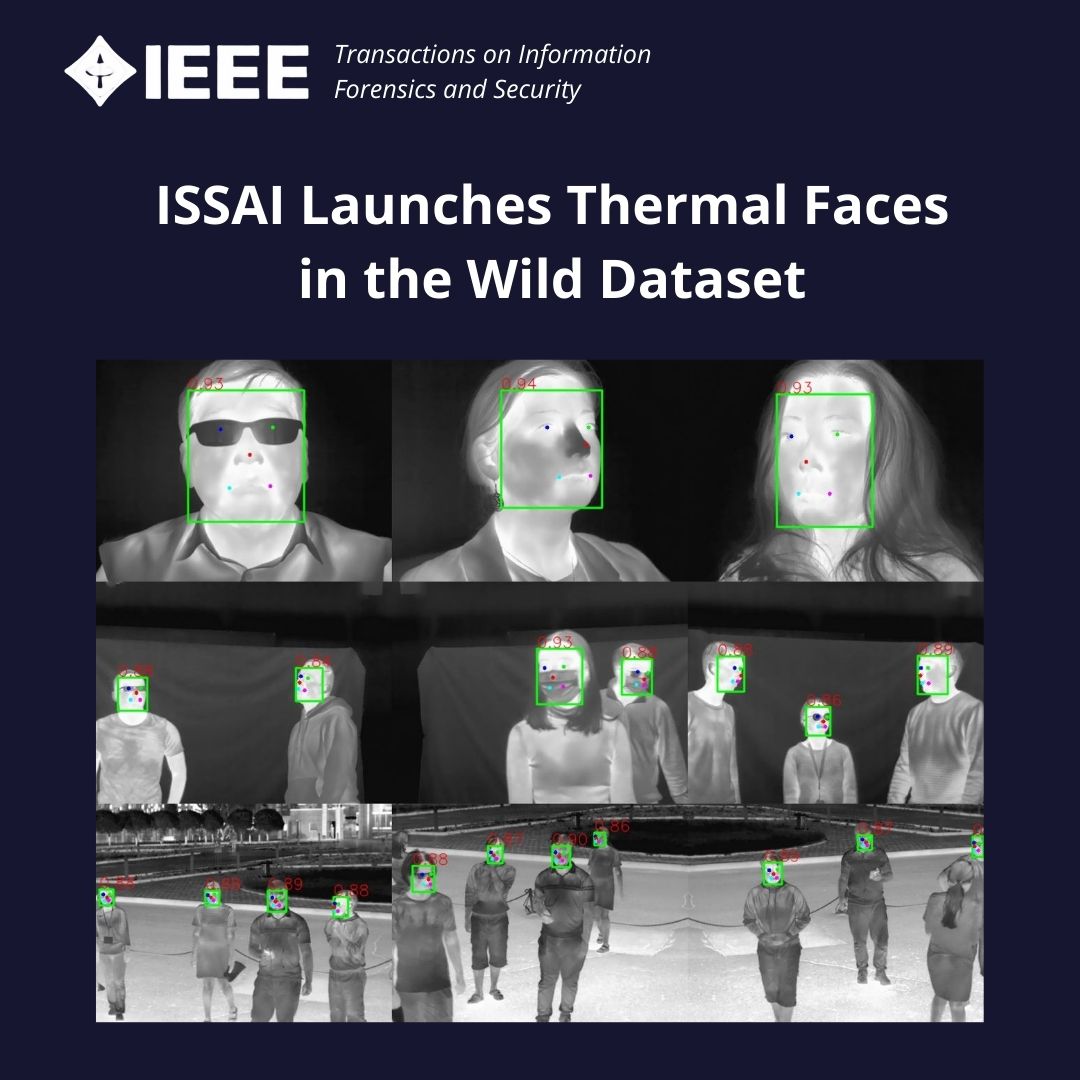 A paper entitled “TFW: Annotated Thermal Faces in the Wild” by the ISSAI data scientists A. Kuzdeuov, D. Aubakirova, D. Koishigarina and H. A. Varol was accepted to the prestigious journal IEEE Transactions on Information Forensics and Security. The link to the paper can be found here.

In the paper, the authors present a novel dataset for the face and facial landmarks detection in thermal images. Face detection and localization of facial landmarks are the primary steps in many face applications. Numerous algorithms and datasets have been introduced to achieve accurate detections in the wild. However, varying conditions of illumination still pose challenging problems. In this regard, thermal cameras are widely used because of their operation on longer wavelengths (without requiring the illumination or light). Thermal face and facial landmark detection in the wild is an open research problem because most of the existing datasets were collected in controlled conditions. In addition, many of them were not annotated with the face bounding boxes and facial landmarks.

In this regard, ISSAI created the dataset “TFW: Annotated Thermal Faces in the Wild” with manually annotated bounding boxes and facial landmarks. The dataset contains 9,982 images of 147 subjects collected under controlled and uncontrolled conditions. As a baseline, we trained the YOLOv5 and YOLO5Face models on our dataset and achieved accurate results on the external RWTH-Aachen thermal face dataset.

Some of the results of the paper show that the accuracy of the thermal face detection model was high (97.20%) when subjects were tested without the face masks with the low illumination level and remained high (85.89%) when the model was tested with the face masks and low illumination level. The new dataset creates opportunities for application for various purposes such as more accurate results in detecting faces in the wild, low-lit environments, with and without the face masks.

The dataset, source code, and pre-trained models publicly available at ISSAI’s website and on GitHub to bolster research in thermal face analysis.