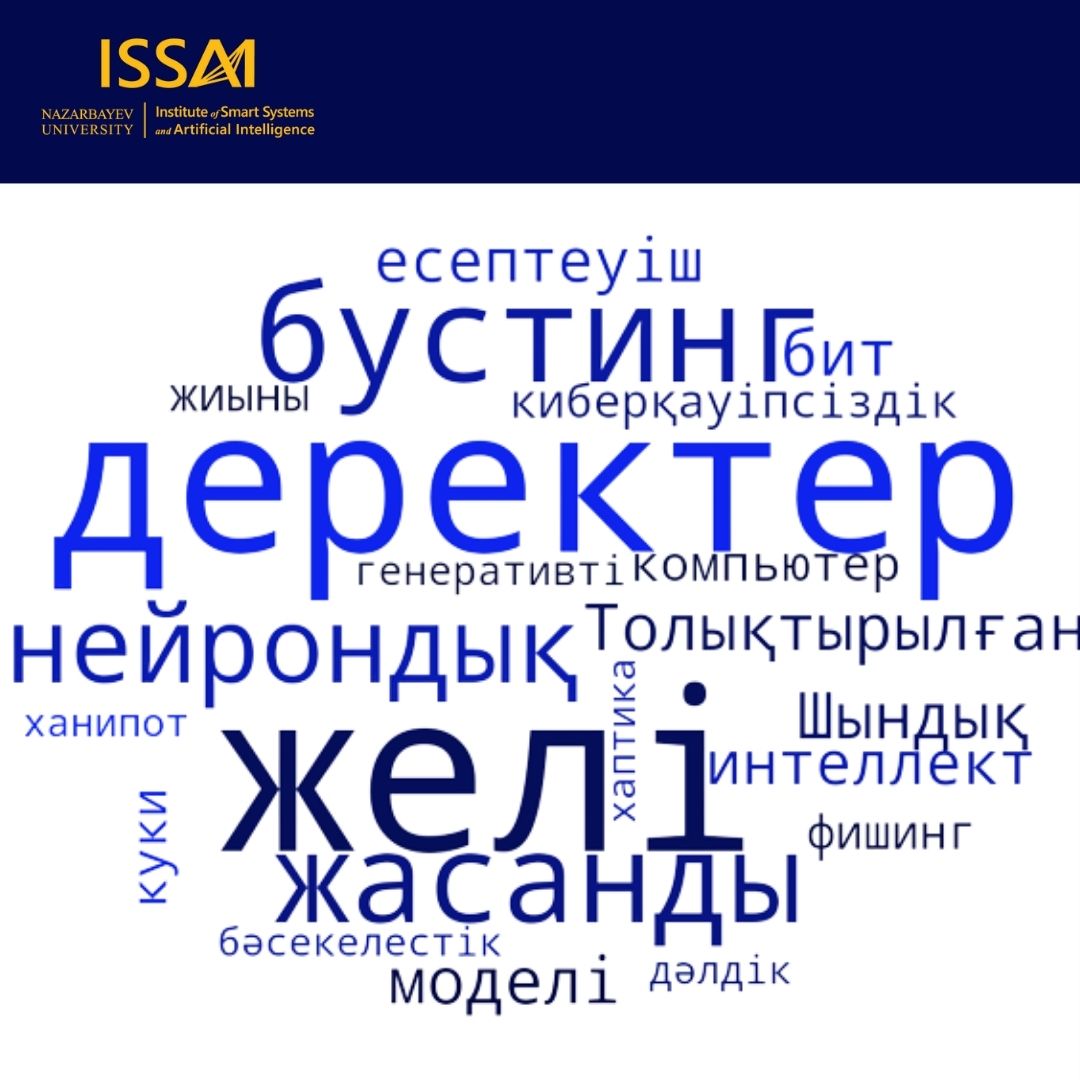 On the initiative of ISSAI, the AI and robotics terminology in the Kazakh language is approved

The Kazakh translation of terms related to artificial intelligence and robotics proposed by ISSAI has been officially approved by the Language Policy Committee of the Ministry of Education and Science of the Republic of Kazakhstan. Now the Kazakh language contains translations of numerous terms and words used in the field of artificial intelligence, data analytics, robotics, and computer science.

In order to popularize the use of Kazakh in the field of data analytics and artificial intelligence, the ISSAI team developed a glossary in early 2021 containing translations of artificial intelligence terms from English into Kazakh. The glossary included more than 1000 terms. The glossary was submitted to the Language Policy Committee of the Ministry of Education and Science of the Republic of Kazakhstan for approval.

The approval process consisted of meetings of the Republican Terminology Commission with the participation of experts in Kazakh linguistics and ISSAI data scientists as experts in the field of AI and data analytics. During the discussions and voting, some words were adopted without translation and retained their original English pronunciation, but the majority received an official Kazakh translation. For example, the term artificial neural network was translated as жасанды нейрондық желі, but the term boosting was used as a loanword and translated as бустинг. In total, more than 672 words were officially approved.

“We initiated the development of the glossary and the approval of the terms because we found that there was no officially approved translation into Kazakh for many terms in the field of AI, data analytics and robotics. Since the field of AI is actively developing and becoming more common in Kazakhstan, we decided to offer a translation of the terms and, after months of work of young Kazakh researchers, submit it to the Language Policy Committee of the Ministry of Education and Science of the Republic of Kazakhstan for consideration. We are very pleased that the translation of the terms has been officially approved and that we have been able to contribute to the development of the Kazakh language in the digital environment,” says ISSAI Founding Director Professor Atakan Varol.